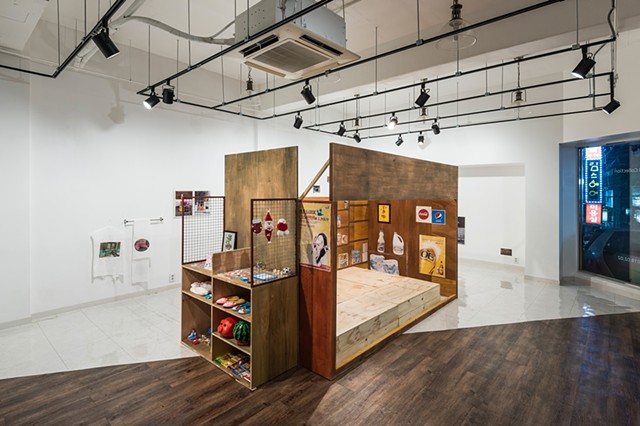 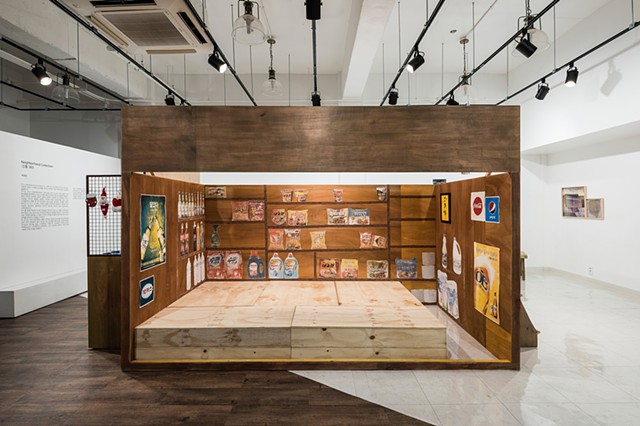 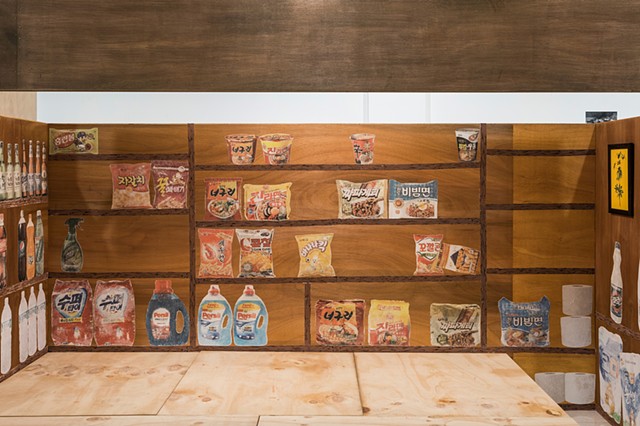 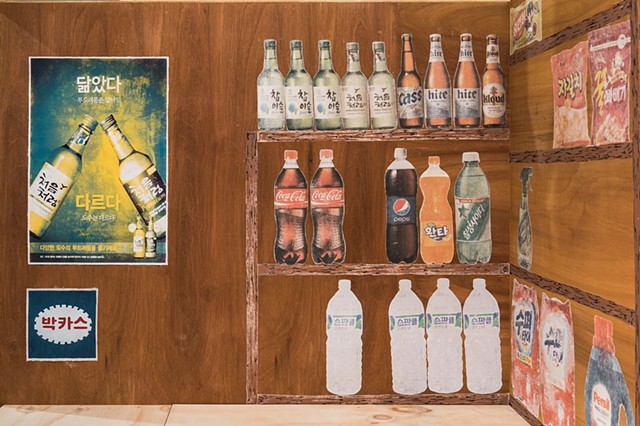 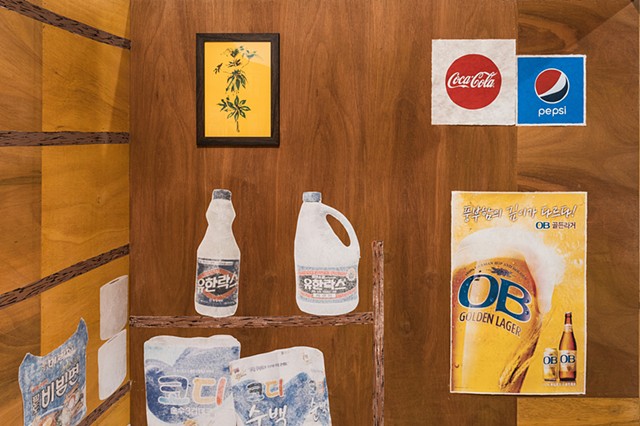 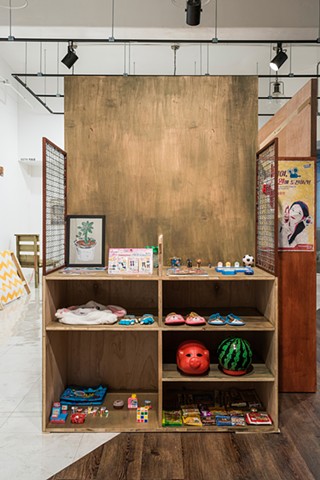 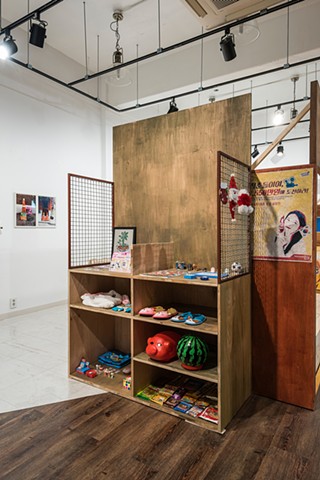 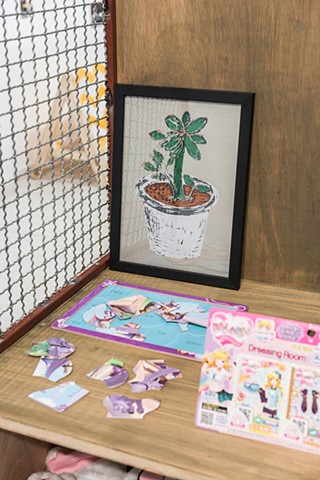 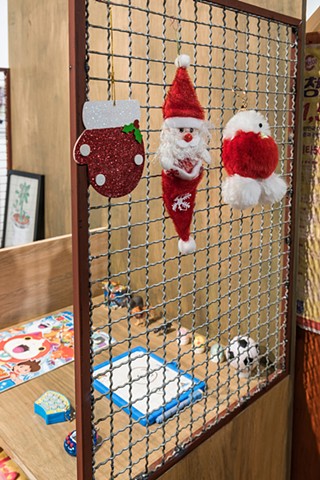 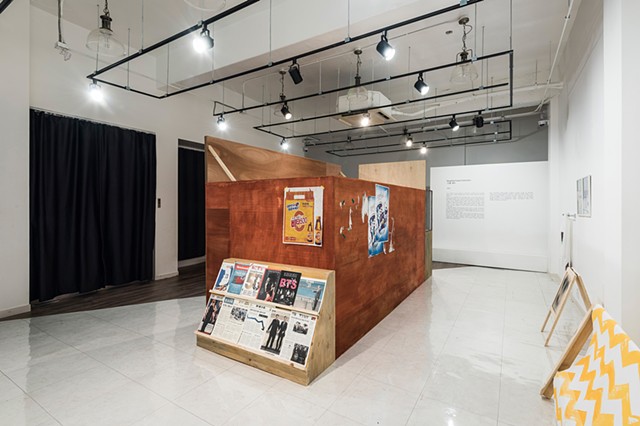 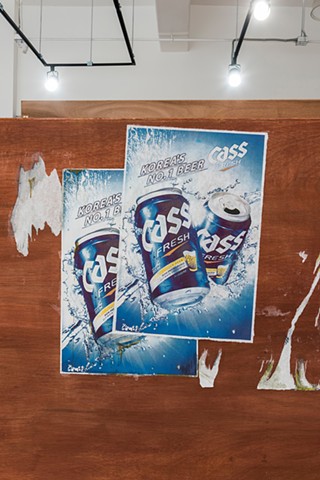 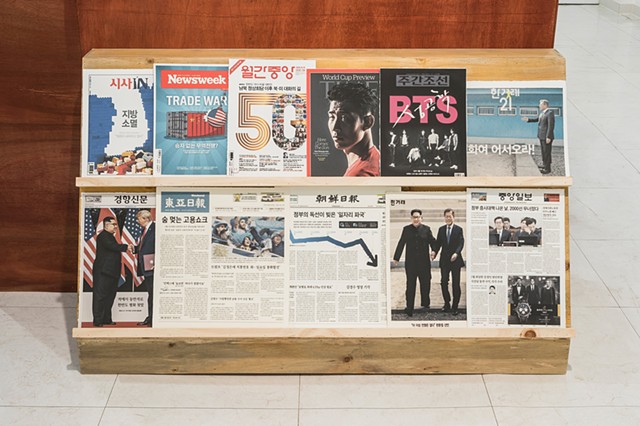 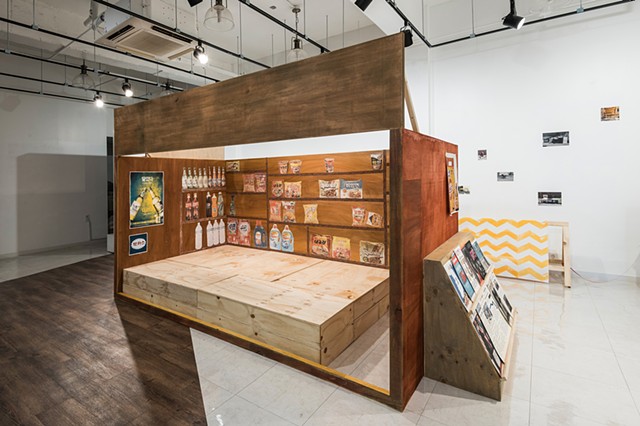 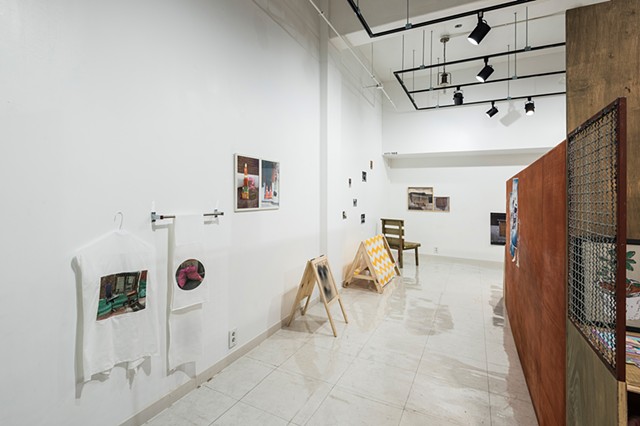 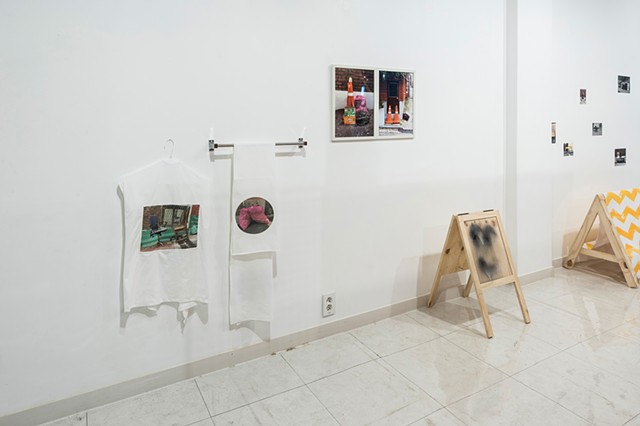 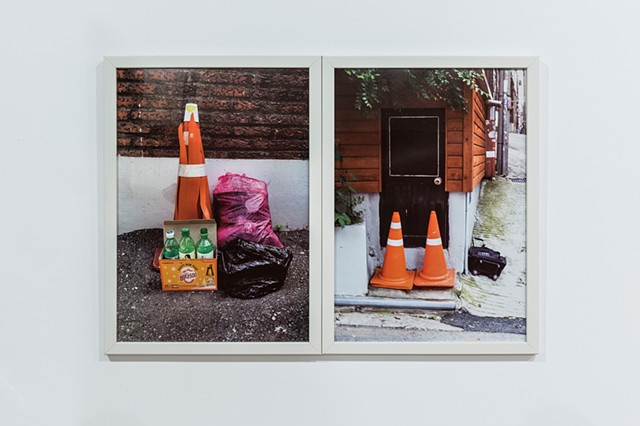 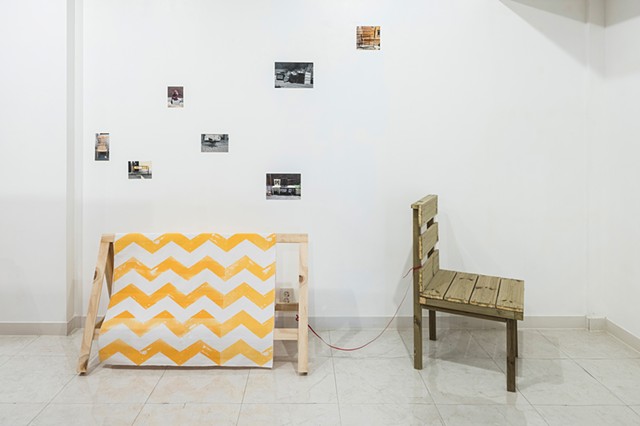 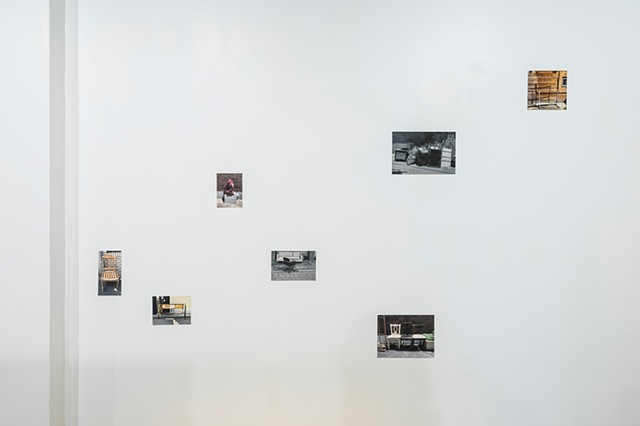 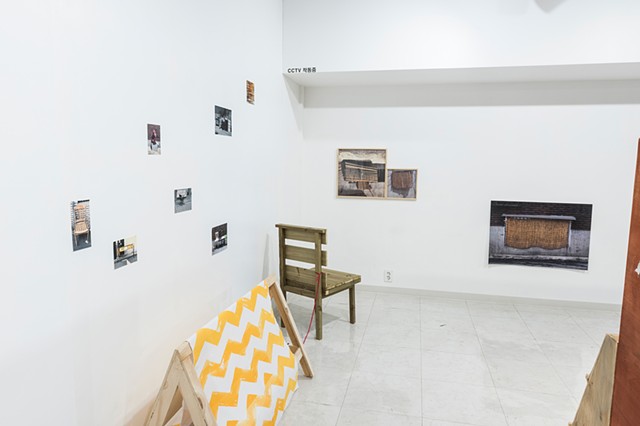 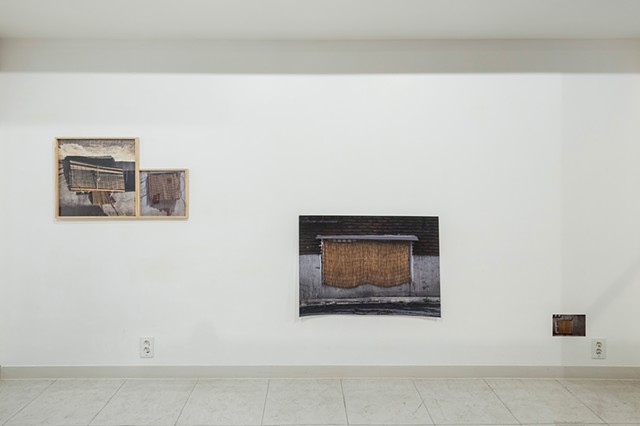 Neighborhood Collection The exhibition Neighborhood Collection began with my interest in the neighborhood of Shinheung-dong, Seongnam in Korea where I have been a resident artist for two years. Since the nearest subway station is quite far from my studio, I happened to walk a lot when commuting to the studio. While exploring the area, I started to discover some interesting phenomena which further inspired me to mindfully explore and observe the neighborhood. What I tended to focus on, in particular, were things that told the local narratives. Since this neighborhood was poorly planned from the beginning, everything is so tight and packed. There is no clear line between private space and public space. On the streets, I started recognizing recurring phenomena and patterns that appear throughout the region, such as temporary structures, chairs, furniture, plants, and views of house windows exposed to the streets. These were all public phenomena occurring outside on the street, and at the same time, part of the private lives of individuals. Among the things that I discovered, I was most moved by the stores in the neighborhood. It did not take too long to notice that something was abnormal about the stores. There were too many shops for the size of the area and no less than a dozen stores seemed either closed or abandoned for good. During my residency period, more than a few stores started to disappear. I began to think that more stores might soon be gone and so I started documenting certain stores in the neighborhood. I did not want to represent one particular store, however. Rather, the store I created in the show is akin to a metaphor for all the stores that existed or still exist in the neighborhood. It is a symbolic structure with no shop name. In fact, the story of the stores is tantamount to the shadow of economic hardship that has pained the whole country if not the world. In this highly globalized world, we are all connected. Beyond national boundaries, we share so many things, signs, systems, commodities and so on. That being said, we share similar issues, concerns, and experiences too. Throughout the project, I thought about the relationship between a neighborhood and the world, private space and public space, and small (the everyday) and large (society). Above all, I thought about my days in the United States and Korea—New York, Chicago, Philadelphia, and again here in Shinheung-dong, Seongnam. Like retracing my past, and of course, wrestling with the present, I delved into the community.