Work > What I See What I Hear Everyday 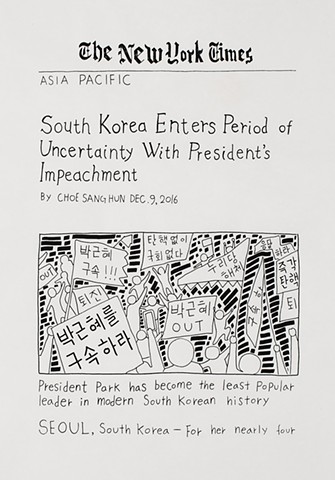 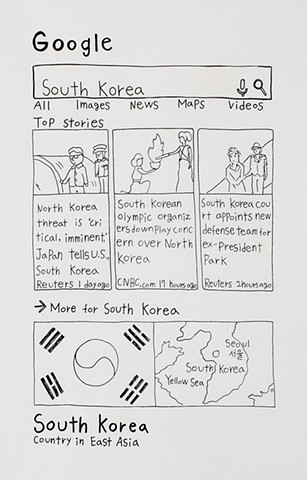 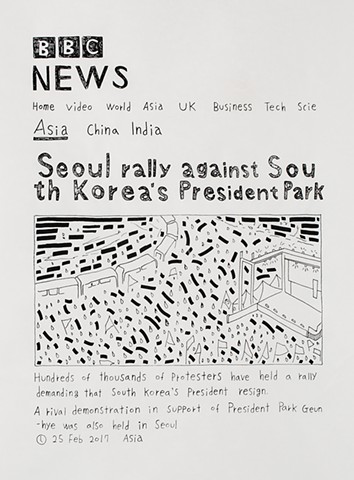 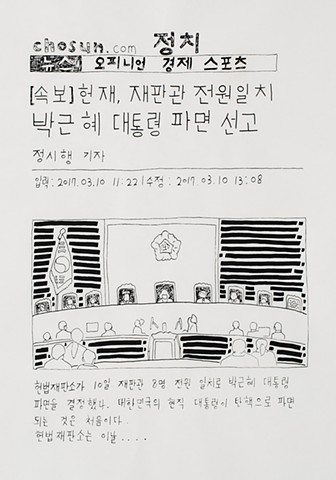 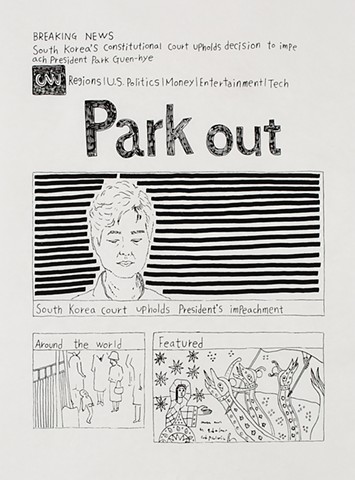 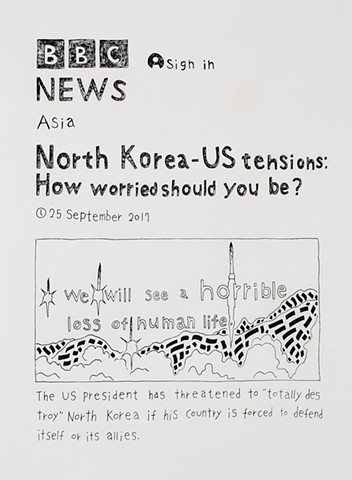 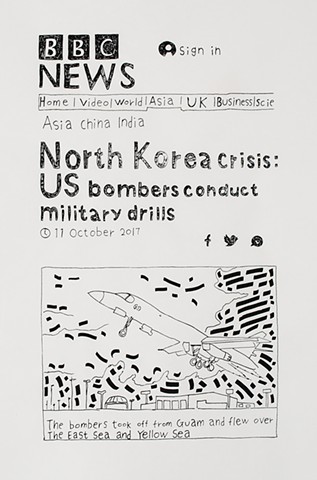 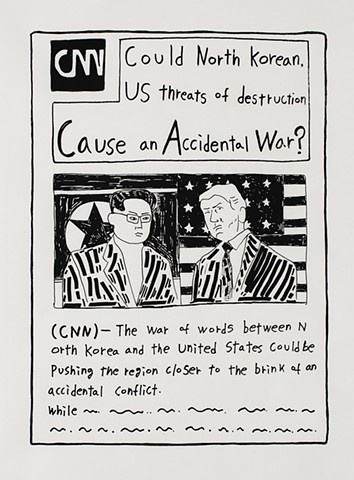 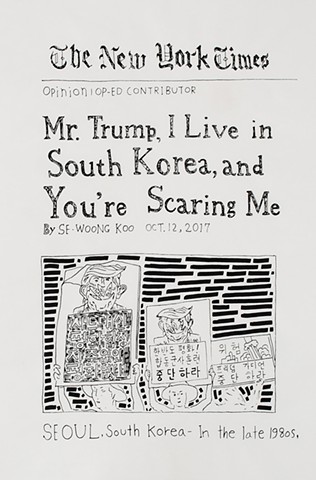 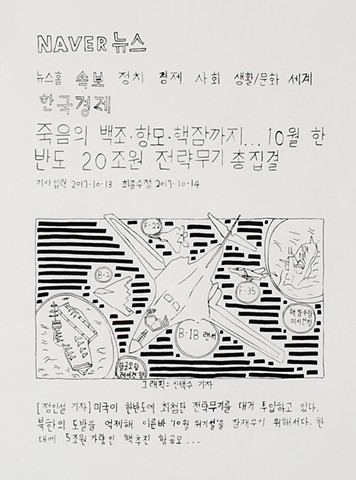 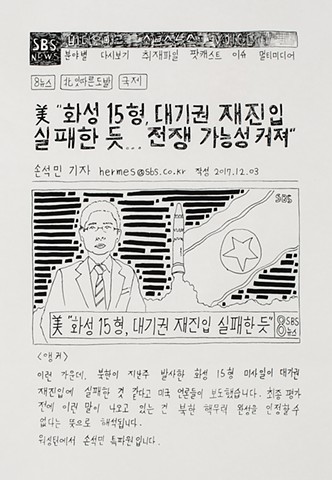 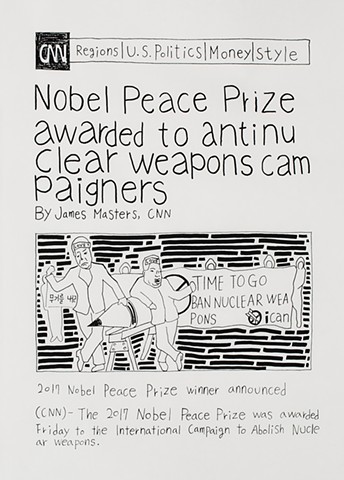 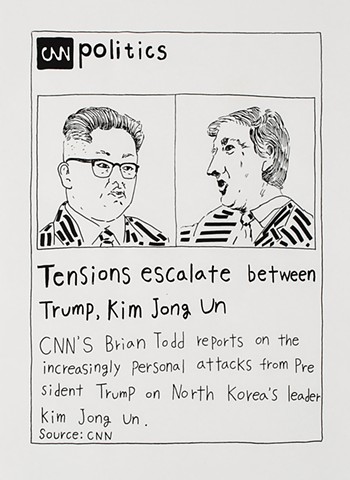 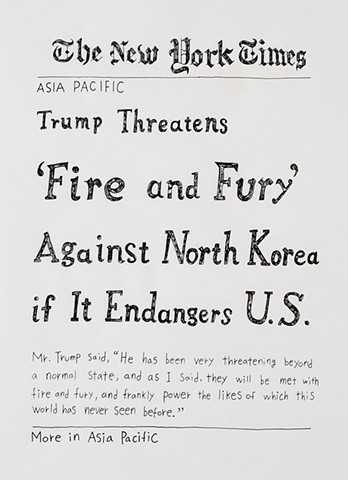 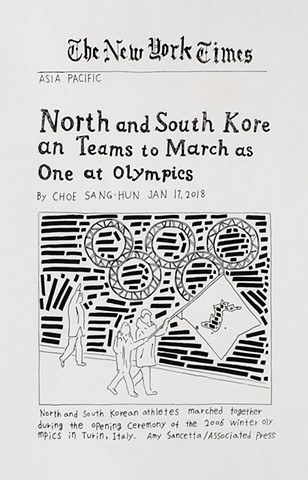 I documented news articles pertaining to the domestic political upheaval revolving around the candlelight revolution and the impeachment of the president of South Korea, as well as the war crisis of the Korean peninsula exacerbated by the escalating tension between North Korea and the United States over the last few years. I bring focus to the fact that numerous people's lives are affected and determined by a few people with power. I deliberately chose the news articles that represent what I would like to address. My concern was how to deliever the message as my lived experience instead of having the voice of the third person as in the news. I employed the act of drawing and hand-writing that would directly involve my body, creating my own form and voice. Through the drawing and texts, I present the news articles as the evidence of what I experienced and printed them as my personal publication.

The current project consists of 15 prints in time order from 2016 to 2018 and is an ongoing project that continues as I go along.