Work > Not Your Playground 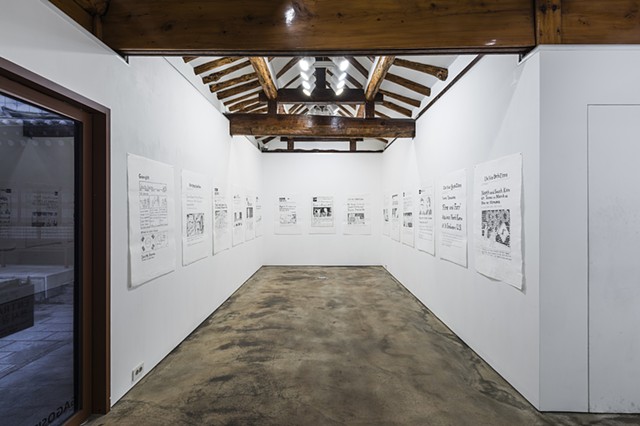 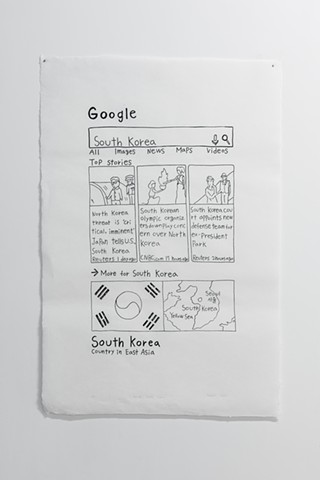 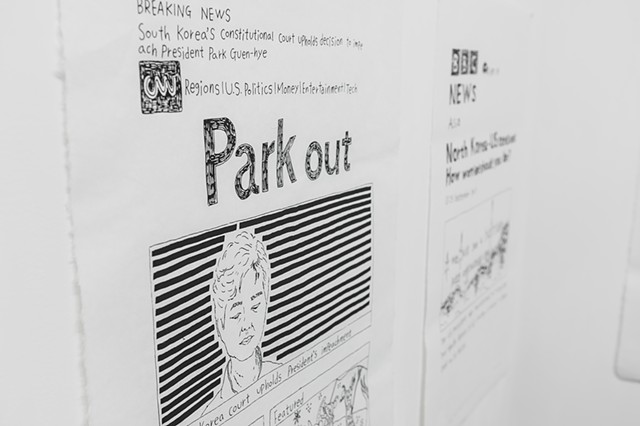 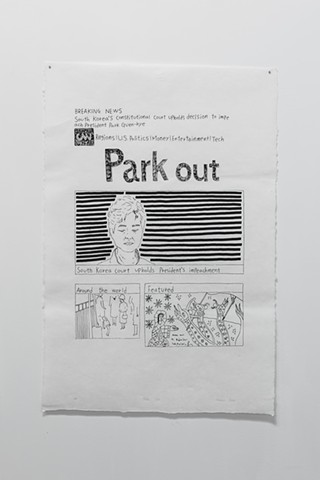 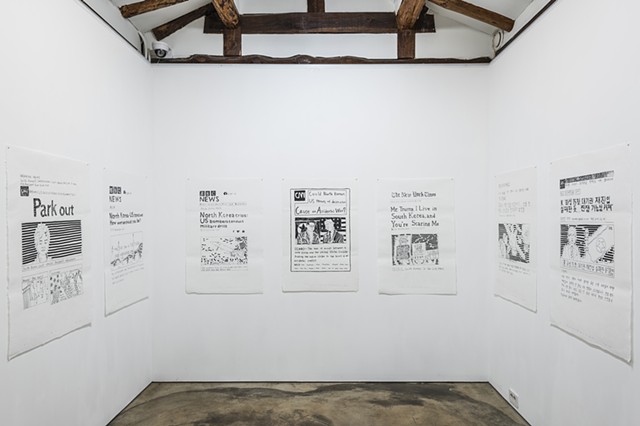 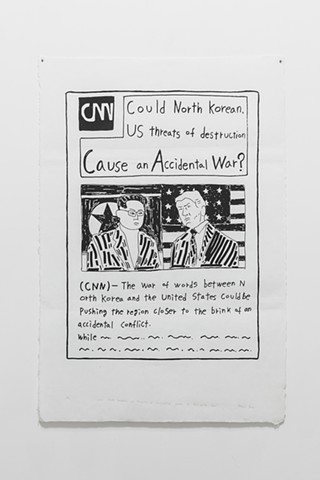 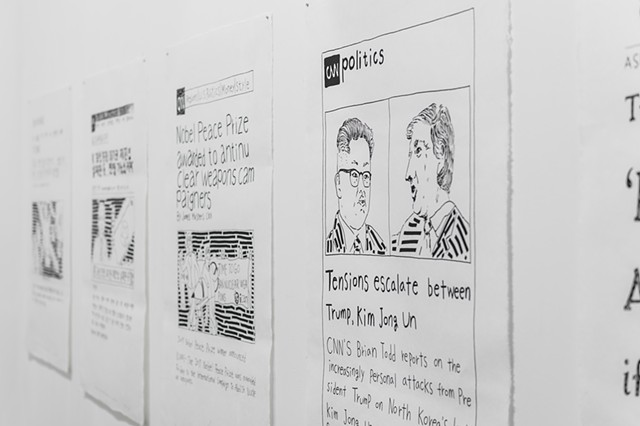 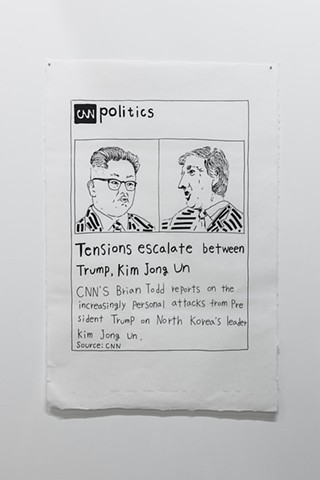 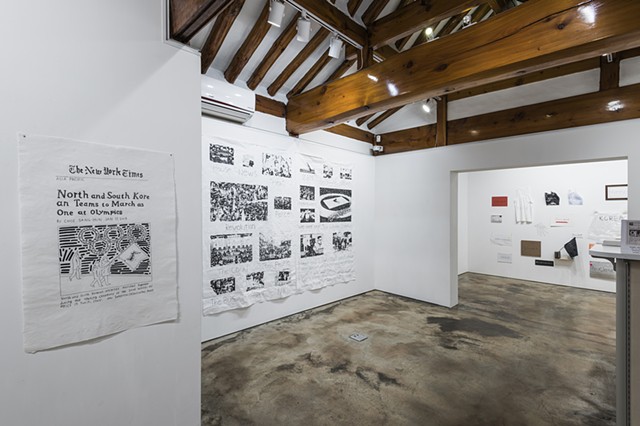 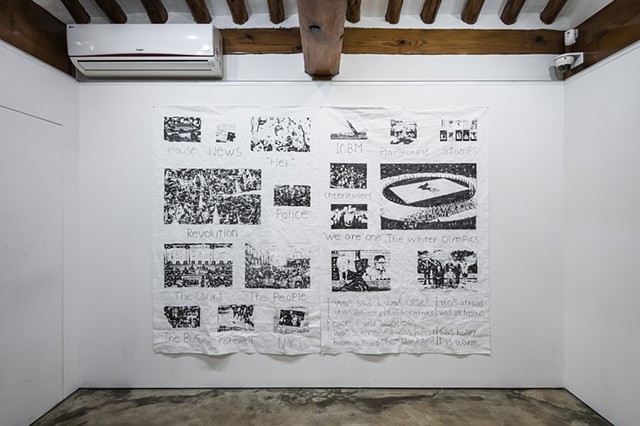 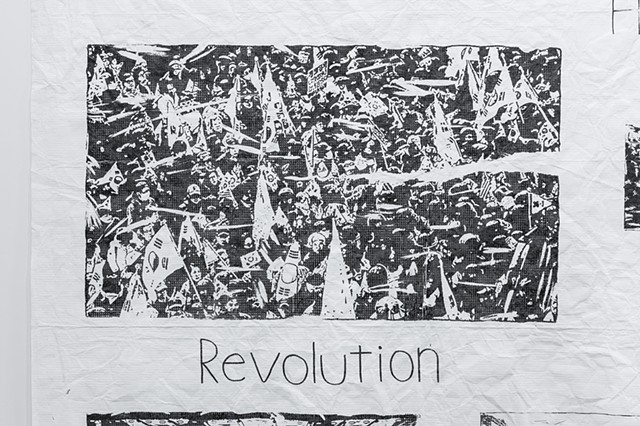 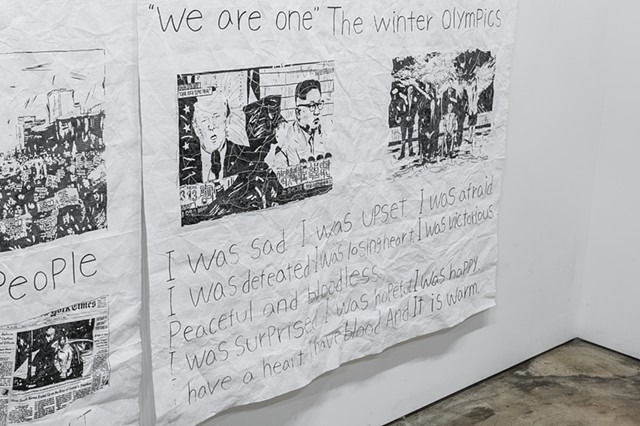 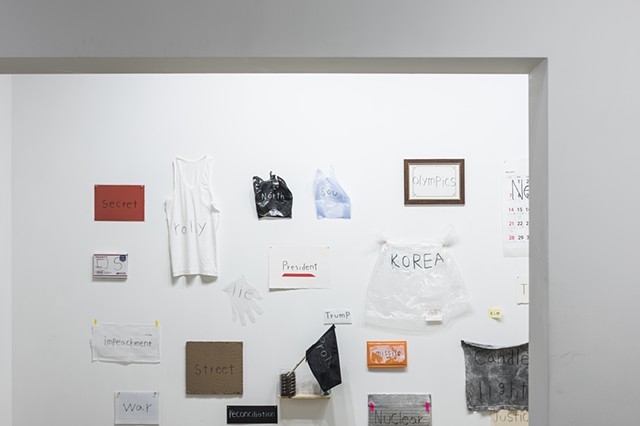 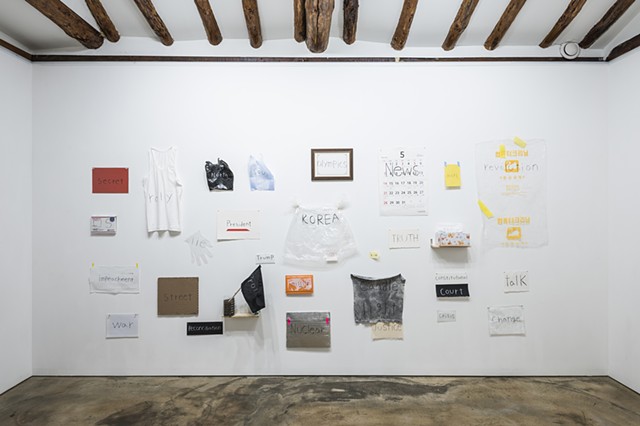 The Lives We Lived
Screenprint on found objects
varied 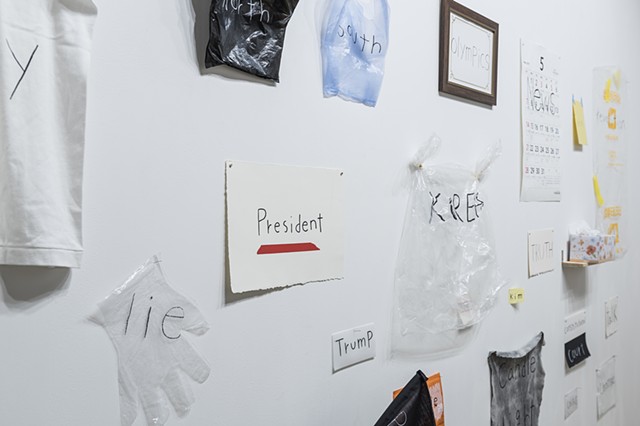 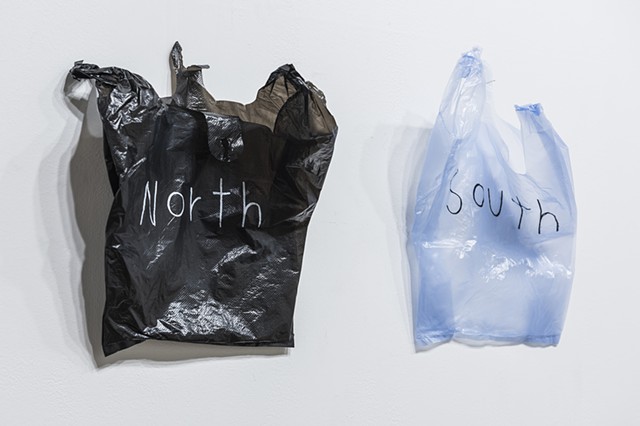 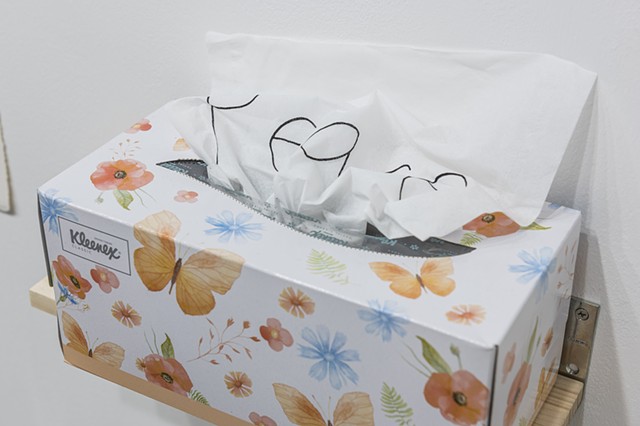 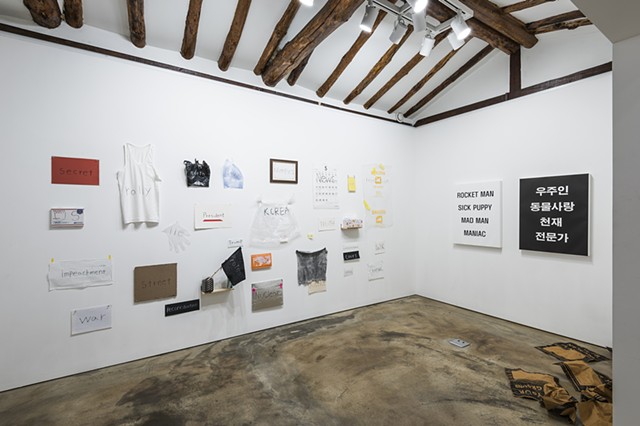 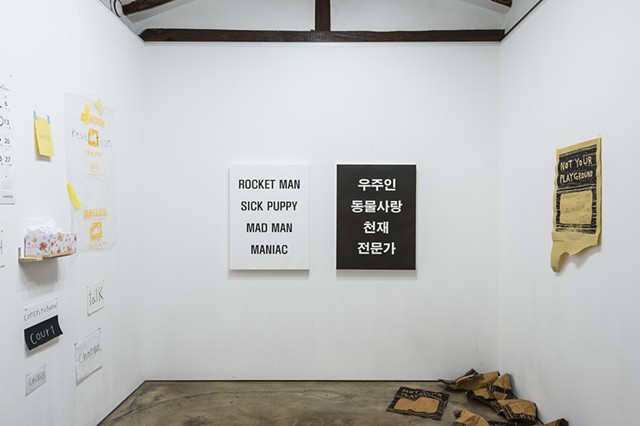 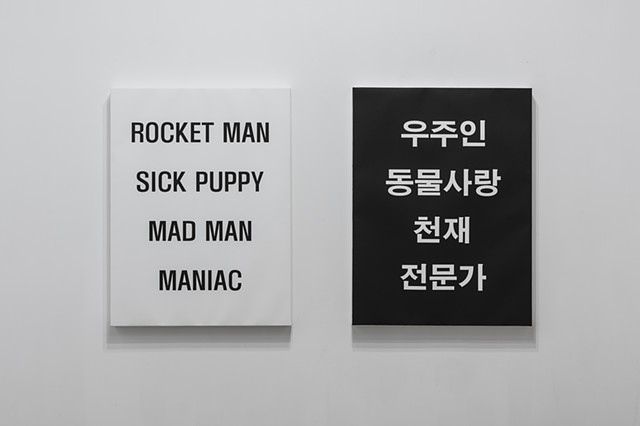 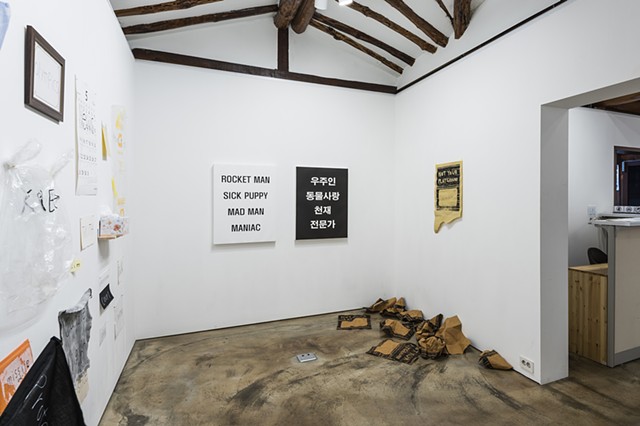 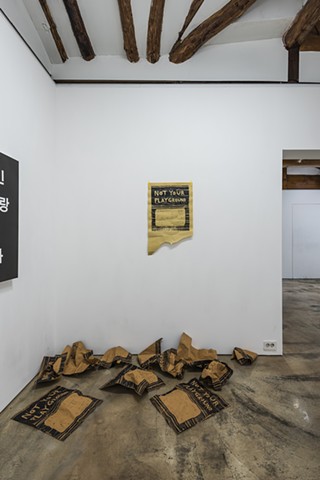 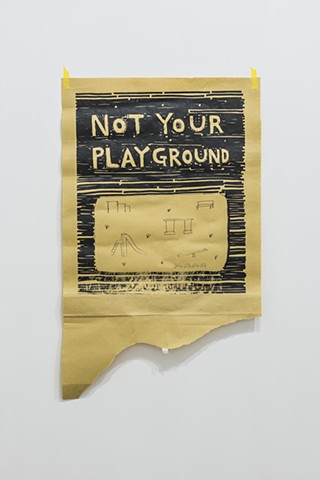 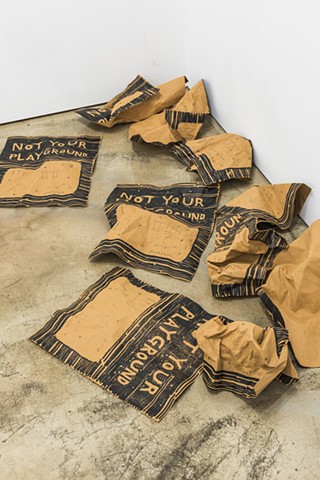 It was last spring when I started this work. At that time, we were taking the road never traveled. Indeed, it was not something totally unexpected when you think about the tumultuous modern history of South Korea. Still, it was the most radical and chaotic moment that I had ever experienced in reality. When the domestic political upheaval finally began to subdue, an air of a violent storm was slowly hanging above us. I start my day with the news. Besides the Korean news, I closely follow international media. Major news media, such as BBC, CNN, and the New York Times were competitively airing news about the possibilities of a war in Korean peninsula one day after another. The pattern was like this: someone did a nuclear test yesterday, someone makes a statement today, and someone will talk about a war scenario tomorrow. All of these astonishing stories were becoming the everyday. From time to time, my friends living outside of Korea asked me if everything was okay and I would answer “Okay.” As I am writing this, I just remembered that one day my foreign friend asked me why Koreans seem so calm and fine as if nothing has happened. At the time I didn’t know how to answer that so I was like “you think so?” Then I later came to realize that we are actually not okay. Really. It is just that historically we have been exposed to tension and a crisis as a divided country for such a long time, we have internalized it. The fear became part of our lives but deep down we have it. It is like you are watching a fun TV show and laughing then, all of a sudden, you don’t feel like laughing anymore. As a matter of fact, people living in Korea are the ones who have the most concrete feeling about the issue. Just because we are so close and it is not a TV show but reality. No matter how tragic news might be, it is “international” news material as long as you are not living there. But when the background of the news is your place of living, it really becomes about you. When buying a survival backpack for a gift becomes no longer funny; when the concrete number of potential war casualties is reported on the news; when extremely influential men boast about their “nuclear buttons,” I was alertly sensing the presence of political violence and the fragility of myself bared exposed to it. This place where I am living is not a fantasy land in a fiction. It is a place where actual people with dreams, names, and warm blood are living. The lives of these people concretely existing could be affected or even annihilated. Looking in the recent history, the lives of numerous individuals were brutally violated by a few powerful ill-minded individuals during the Second World War. And until now, a myriad lives of people have been swallowed up by the invention called the “Cold War” which was never invented by the innocent victims. Still, many international news media outlets are talking about a war and emphasizing that a war will only be “there (Korean peninsula)” but not “here.” So long as a war breaks out “there” it will be meaty and coldly factual news material in which the concrete people with their own names living there can be nowhere to be found. My work is about the presence of the concrete people and of me and a personal record of what I witnessed and experienced. When international news became no longer news but my story, I could not think of anything else. The title of the exhibition Not Your Playground was in fact the words I wanted to say the most.