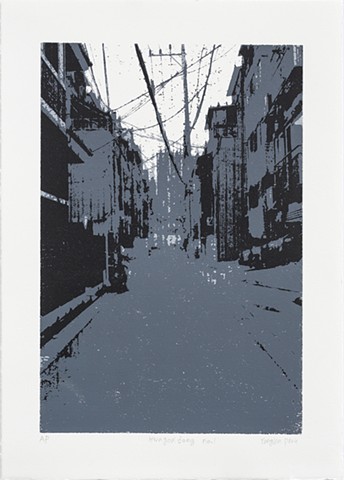 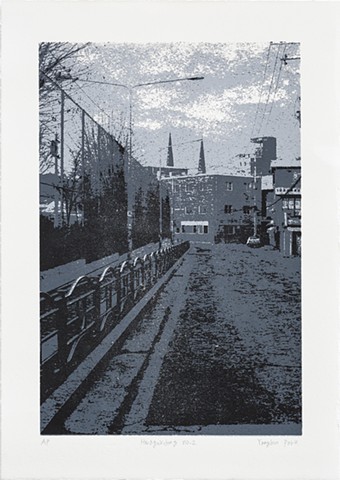 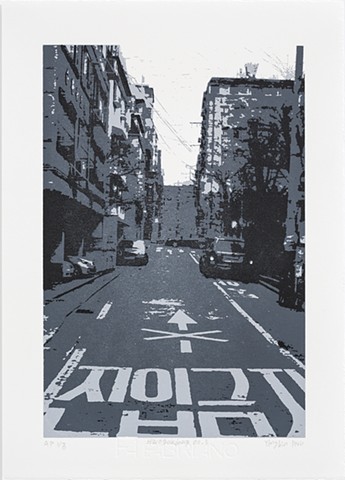 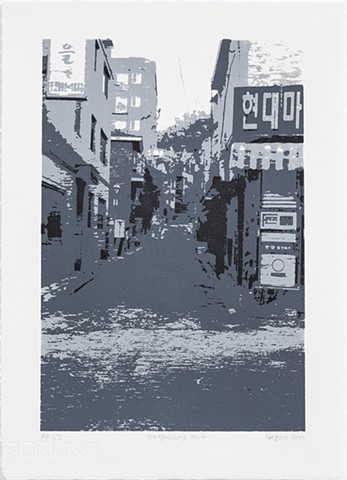 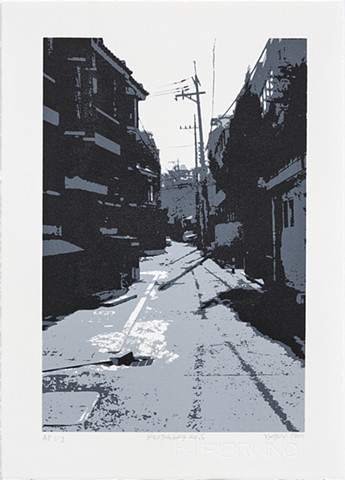 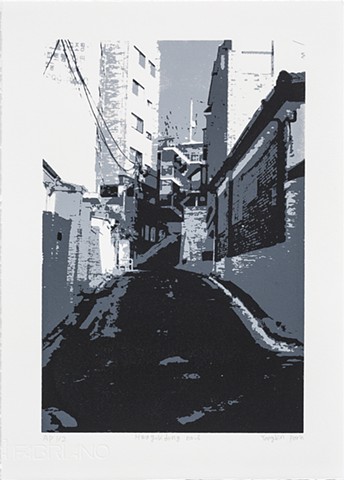 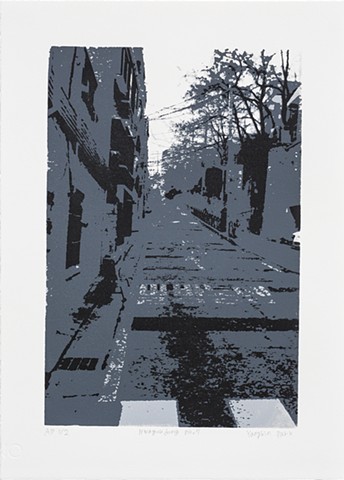 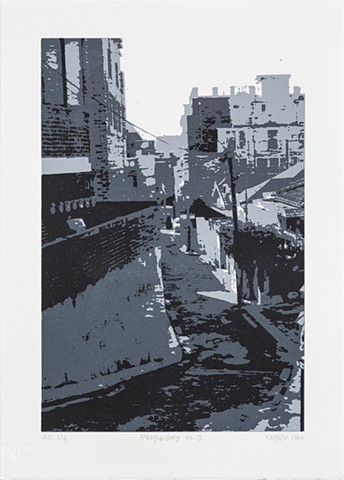 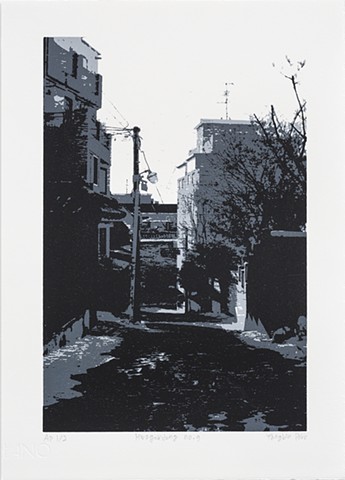 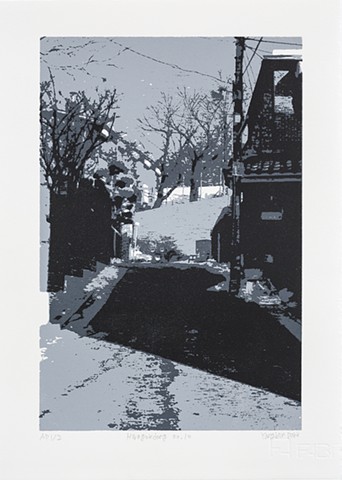 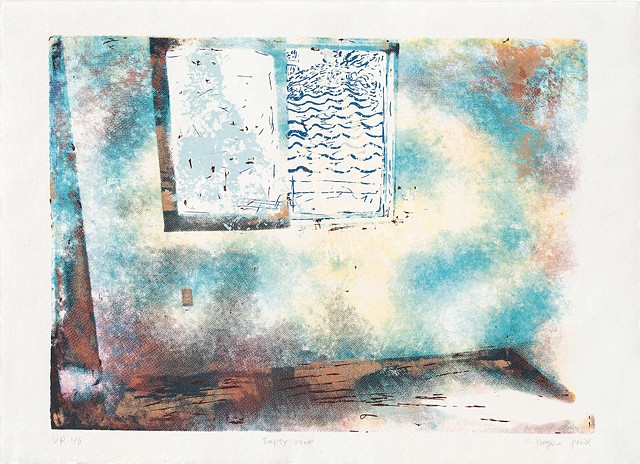 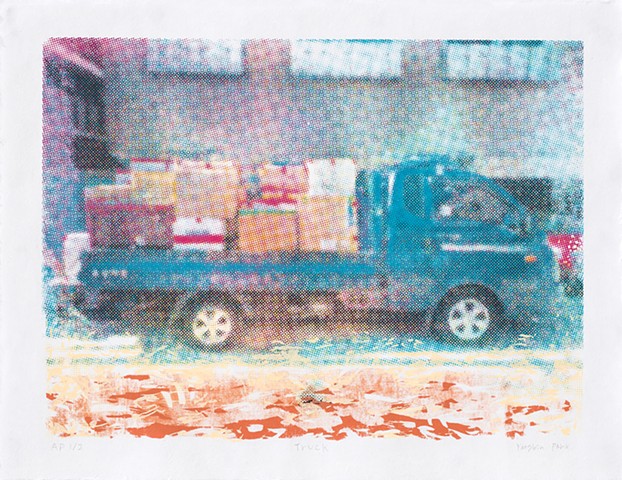 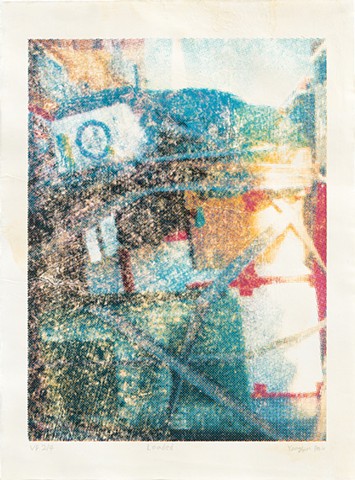 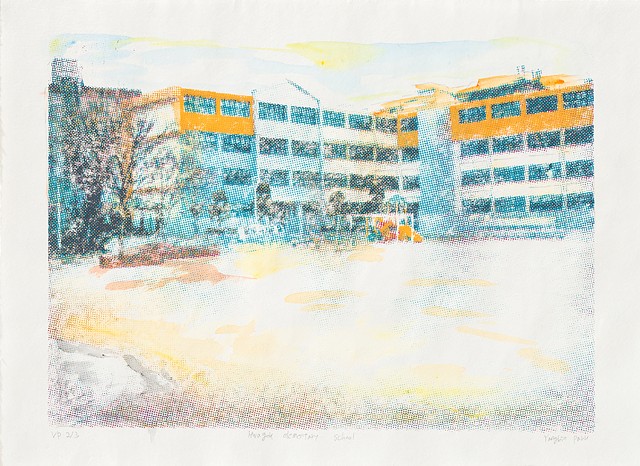 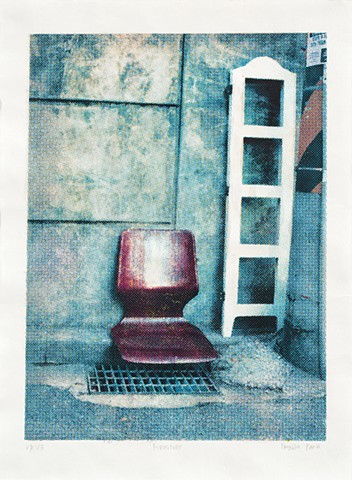 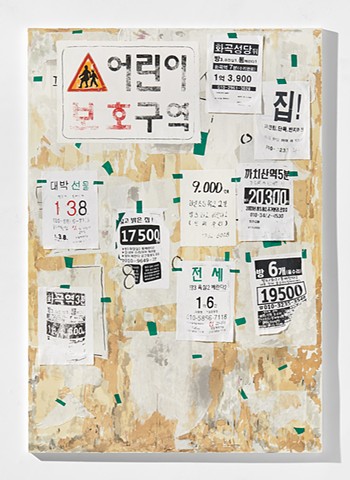 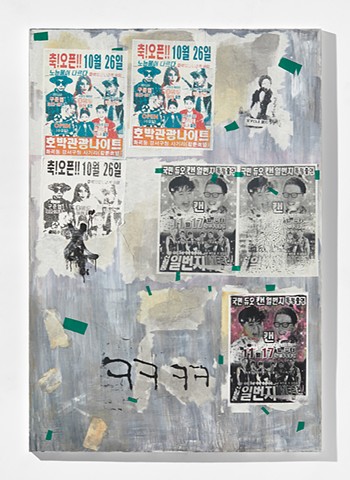 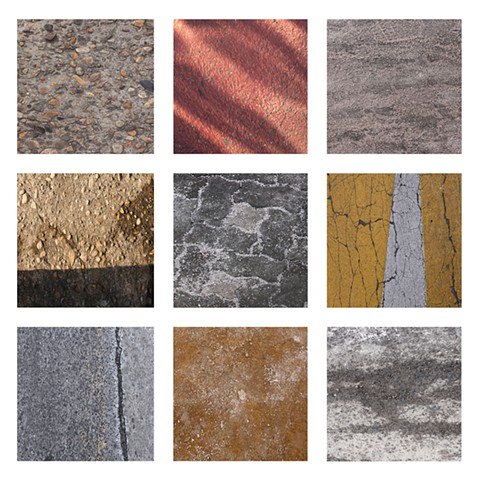 My Pilgrimage project consists of prints, paintings, and photographs that display Hwagokdong, my childhood hometown. I am particularly interested in how we form identities and relationships through places, in the sense that a place informs us of history, origins, and memory. While living abroad, I found myself feeling like a stranger of sorts; returning to Korea after seven years away, my home county felt just as foreign. Despite my physical presence in Korea, I was still going through mental and emotional turbulence from the transition between the two countries. My absence had created a kind of a psychological hole- a deep-seated emptiness within me. It was around this time when I read the novel The Man's Runaway by Hongkyu Son, in which the protagonist embarks on his soul-searching voyage, traveling back to the places he had lived in the past. Inspired by this idea of a personal pilgrimage searching for one's genuine identities, I revisited my childhood town Hwagok-dong, hoping to fill the void through the place that "remembers" me. Upon arrival, I realized the area had changed so much that I became a stranger again. I created the work from this place, summoning distant memories from where I grew up while still in metaphoric transit.